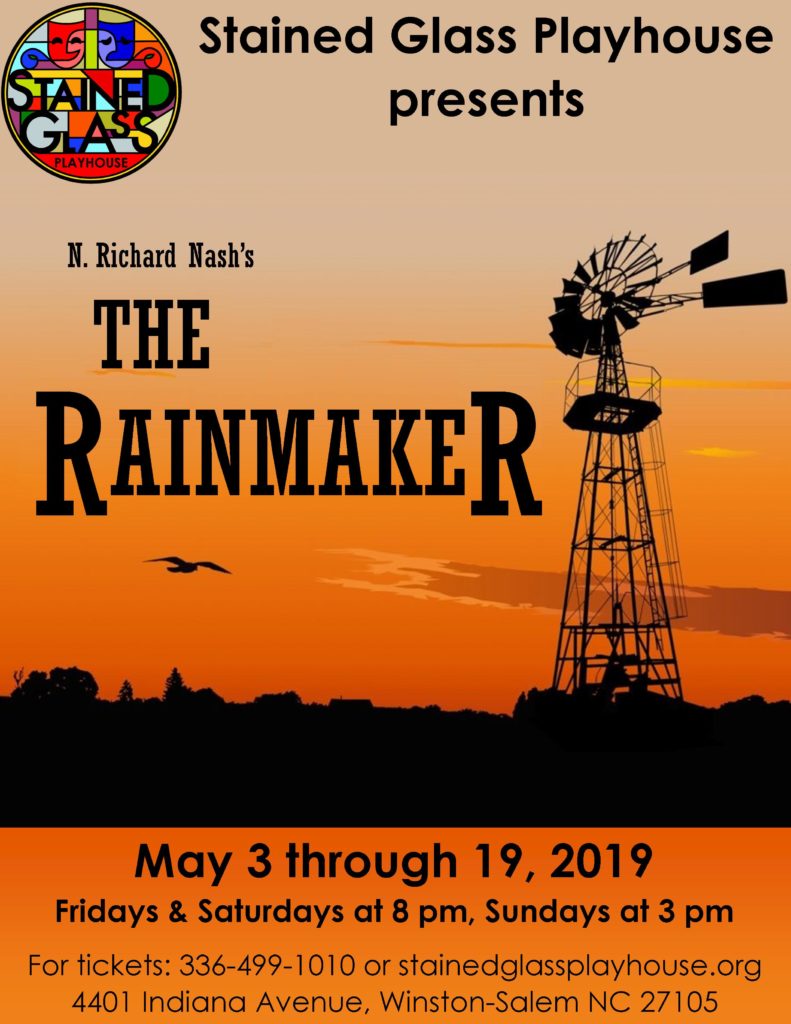 As a paralyzing drought besets America's rural West, the Curry family is starting to despair. Their cattle are dying from the dry heat, the future of the ranch is in question, and even worse, the marriage prospects for Lizzie -- the only woman in a family of menfolk -- are running low. Her brothers Noah and Jim try every possible scheme to marry her off, without success, and her father H.C. worries about her potential future as an old maid. A plain girl with dreams of romance but very little self-esteem, Lizzie has just about given up hope of finding love and escape.

Suddenly, from out of nowhere, appears Bill Starbuck, a charming, confident, sweet-talking man with quite the sales pitch. A self-proclaimed "Rainmaker," he promises to end the drought and bring rain to save the Curry family's farm, in exchange for the princely sum of $100. He is immediately regarded by Lizzie as a con man and a trickster, but he is so refreshing and persistent that H.C. finally consents, giving him the last of the family's savings. The brothers are also eventually persuaded by the man's grandiose notions and unlikely claims, and are soon banging on big brass drums to rattle the sky and shake the clouds loose.

What no one expects -- including the Rainmaker himself -- is that what he truly brings is much more than just the rain. He gradually awakens a newfound sense of self-confidence in Lizzie, and persuades her that she has a very real beauty of her own, moving her to see herself in a new light. She begins to believe in herself, and in the promise of rain that will nourish not only the land, but her family as well. And, in the end, rain does come... and so does love.